What a Stuck-up Place 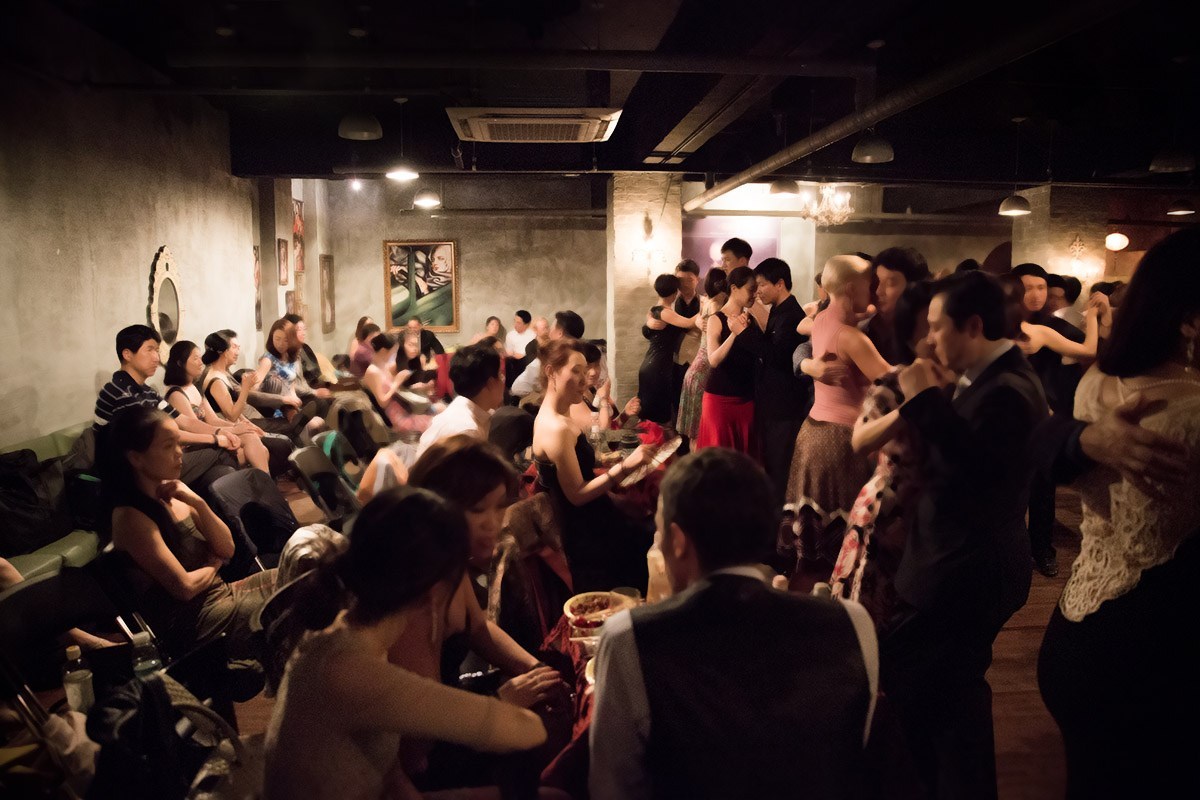 “This place sucks. I have been to many milongas but I haven’t seen such a snobbish place. They never even look at the newcomers,” he said with an angry voice.

“It can be a little rough if you don’t know anybody,” I replied.

“I have some friends here – I already danced two tandas with each of them. The other milongas welcome new faces, but this place is totally the opposite. It’s not like people here are dancing better anyway. There is really no reason for me to be here.”

Finally he left. The milonga he was complaining about is notorius. Once a silver-haired gentleman from Argentina came to Seoul. I met him at a different milonga and really enjoyed dancing with him. Then he came to this milonga. He ended up sitting for two hours and left. Nobody found out how good a dancer he was because nobody cared to dance with him. This milonga does not welcome new faces, can we say it is a stuck-up place? Are people here snobs who think they are better than everybody else?

Foreigners, especially Asians, used to face the same challenge when we went to Buenos Aires. Nowadays Koreans have a reputation of dancing well so maybe things have changed. Back then if you did not have any local contacts, and especially if you went to milongas by yourself, it was difficult to get dances. Certain Argentinian men were curious about Asian women so sometimes they invited us to dance, but for Asian men it was really tough. The popular Argentinian dancers, those who danced well, almost never took interests in Asians. I cabeceo’d and danced with some men whom I thought were Argentinians, but they turned out to be Europeans. So we foreigners danced among ourselves. It would take weeks if not longer for us to start dancing with the locals. Can we say that Argentinians are a close-minded people? Is it true that they have something against Asians?

I have a Korean friend who lives in the US. In 2008, he went to Buenos Aires for the first time. The first milonga he went to was Cachirulo. For six hours he could not get one dance. He did not know cabeceo at the time so he went up to women and asked. They all rejected him. He could easily let the disappointment get to him and leave, but instead he sat and watched. He was observing not only how people danced, but also how they behaved and invited each other to dance. After 6 hours and much observation, he finally cabaceo’d an Argentinian lady and danced his first tanda.

A long-running milonga is like a community. Every week more or less the same people come. They become familiar with each other like neighbors. They come to share a common code of behavior and etiquette among themselves. Without understanding and following this code, newcomers will find it hard to enter their circle.

There are milongas intended for people who want to dance as much as possible. The code at these milongas are more relaxed, the atmosphere more welcoming. The idea is to enjoying dancing with a wide variety of people.

There are also milongas for people who choose their partners more carefully. The code at these milongas are stricter. The regulars at these milongas are already happy dancing with each other, so they are less inclined to try their luck with new visitors. They can afford to wait until these visitors respect and follow their rules.

Then there are milongas for people who want to enjoy themselves with their family, friends, or dates. People sit with the people they come with and only dance among themselves. They do not pay so much attention to people at the other tables although they are all sharing the same space. One cannot expect to dance much if one goes to this kind of milongas alone.

When we go to a new milonga, it is always helpful to have a friend who already dances there. This friend can help us adapt by introducing us to more friends. Either way, we always need to understand the code of a milonga if we want to enjoy ourselves. If we do not understand, we can visit and observe until we do, or go to a milonga which we already understand well.

So why are there all these different kinds of milongas? Wouldn’t it be better if we all dance together in one big place? As a tango community grows, similar people gravitate towards each other. It is not because people are close-minded, but because it is practical. Our preferences of tango is as varied as our preferences of food or our personality. Some people love meat but some reject it. Some of us enjoy spending time with many friends, but some are stressed if they are too many people around them. Some people can dance with anybody, some can only enjoy dancing with a few. It is not because we are strange, but because we are naturally different. The important thing is to recognize and respect our differences.

Sometimes people talk about the levels of milongas, like a milonga is of a higher level if the dancers there dance well. This way of thinking is problematic because we cannot measure dance ability objectively to begin with. We dance for different reasons, so what constitutes good dancing varies from person to person too. Rather we can talk about how much time it takes to get accepted at a milonga. Some milongas take more time and some take less. Neither is good nor bad. The time it takes merely reflects the character of that place.

The interesting thing is our preferences of milongas, like our preferences of tango music, evolve. We feel secure and happy at one milonga now, but later our needs change and we become curious in a different one. The milongas have not changed, it is us who are changing. Thus it is myopic to judge people according to which milongas they attend.

We all embark on our own journey of tango and journey of milongas. One path is not better than another, and there is no one right path for everyone. The milonga organizers in Korea are providing a wide variety of places for us to choose from. I feel very lucky and I am so grateful for their effort.